Storytelling, or raconteuring, is one of the most understated forms of American art. Regrettably, many of the tellers of  fables, feats, and frontline experiences are no longer here to spin those stories one more time.  Even sadder, most of those tales were never recorded, catalogued, or otherwise archived.

The Sports Racx looks to gather the best storytellers from the playing fields, locker rooms, grandstands, periphery and shadows of sport. Nothing fancy or formal, Steven Maggi holds court in an over-cocktails- style sit down with people who make us laugh and stare in open-jawed amazement with their behind-the-scenes anecdotes that we probably never heard before. And if we did hear them, they often come with a fresh new spin and varnish.

We’re not necessarily interested in big names and A-listers. We’re looking to present the voices that really have something to say; the watchers and observers who mentally catalogued their experiences and are just plain entertaining and fun; bring offbeat and insightful perspective. The people you want to hang out with.

The spirit of this show may have been influenced by a longing for newspaper columnists such as Red Smith, Jimmy Breslin, Jim Murray and Pete Hamill, who enlivened their pages with real life characters seemingly picked from the pages of Charles Dickens, Ring Lardner and Damon Runyon. 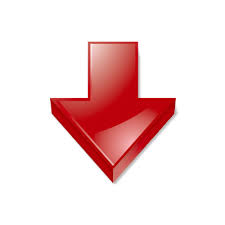 Lesley Visser is an American sportscaster, television and radio personality, and sportswriter.

· Life with the Oakland Raiders and Al Davis.

· The life and very difficult times of Sonny Liston.

· The story of Boxing and the mob.

· The story of Perry Wallace, the first African-American to play college basketball in the Southeastern Conference.

· The importance of Howard Cosell and the world of sports.

· The story of nine Americans and their quest for gold at the 1936 Berlin Olympics.

· Life of a superstar in the world of pro wrestling.